Just over a year ago I wrote a piece about David Goffin and how he had his taster in London but would need to improve. This year that improvement happened and talking points and analysis of a players strength is sometimes down to backhands and forehands but footwork is equally important.

The more in control of a rally you are the braver you can be especially in Goffin’s case with the backhand.

There are instances depending on where you are in the court that your footwork will be different. Further behind the baseline the feet will be further apart like as being that far behind and forcing the backhand is a stretch but closer and inside the baseline you can get in that stuck in the mud position I like to call.

Footwork is massive with the backhand but also he’s improved his backhand to be effective from either close or behind the baseline as it use to be short and central when on the stretch which opponents picked off easily.

The backhand I want to focus on is the down the line around the baseline. It is one of the most beautiful shots in tennis, the strength in the arms, the power and accuracy is stunning but focus on the feet.

With the backhand down the line it is too easy to pull it. You can lean a bit too much into it and pull it into the net or stumble and it can look ugly. 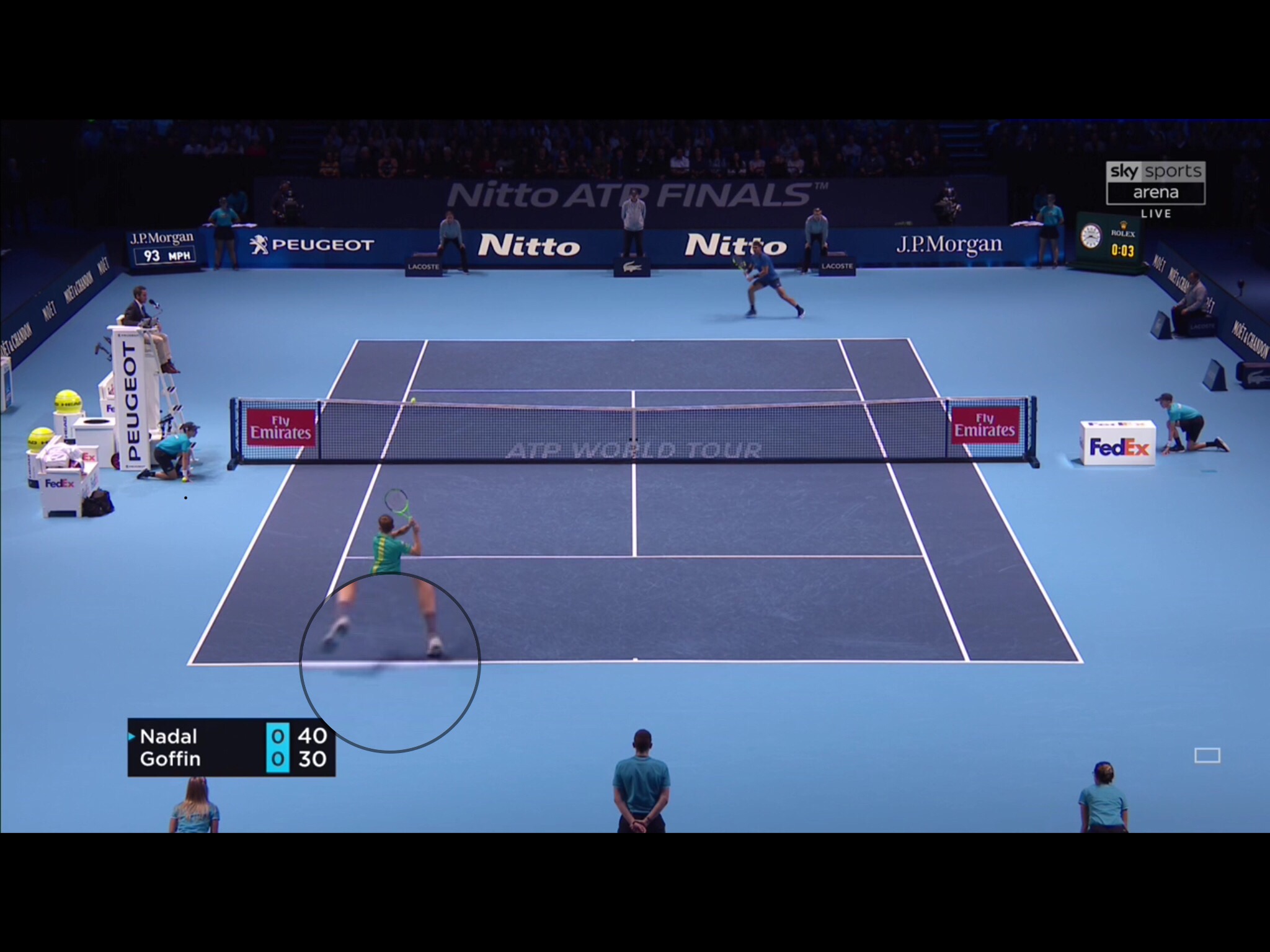 It’s a wave from his body, the left leg is up the power is coming from his right side and because of this left leg down the line is the only option. It would be tough to rotate off the right foot and go cross court. The power rises like a wave from the feet with the tip toes of his right foot giving him balance to play a delicate but destroying shot and finally the arms.

This improvement has taken him to the next level. His game adapts well to all surfaces! I’d like to see him do well in Australia but he is a player you don’t want to play in a best of 5 when fit.