This was actually a question asked at a press conference the other day. Are you too nice to win a Grand Slam? I think because she’s down to earth and never shows a gritty side this assumption has been made.

I don’t think she is too nice to win a Grand Slam but her tennis against Sloane Stephens was too nice and it lacked a ruthlessness and this is something that she will need to improve on.

You don’t make it to a semi-final of Roland Garros and a US Open final by fluke, she has worked hard to get there however she has only had to beat one top player getting to the semi-finals in France and the final in New York.

Watching back her semi-final against Sloane I did think she was too kind.

She wasn’t aggressive enough when serving and you can see below the situation she found herself in just three games into the match. 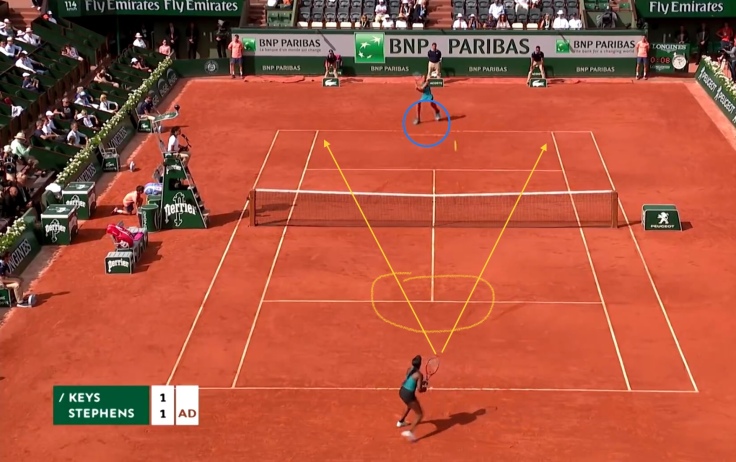 Like I said she wasn’t aggressive enough when she needed to be immediately after serving and found herself in this central position on the court.

Keys should have looked to maybe try and find an angle on the ground stroke but with little time to move it would have made it difficult so even a drop shot would have helped make her more comfortable on the baseline.

Stephens knew straight away this ball would just drop in the court and she was lining her body up ready to either pull the forehand cross court or relax the wrist and send it down the line.

The second one shows Keys going for the comfortable shot and not playing on instinct. The backhand cross court with not much angle or power on against Sloane whose backhand is tough to break down was an odd choice. 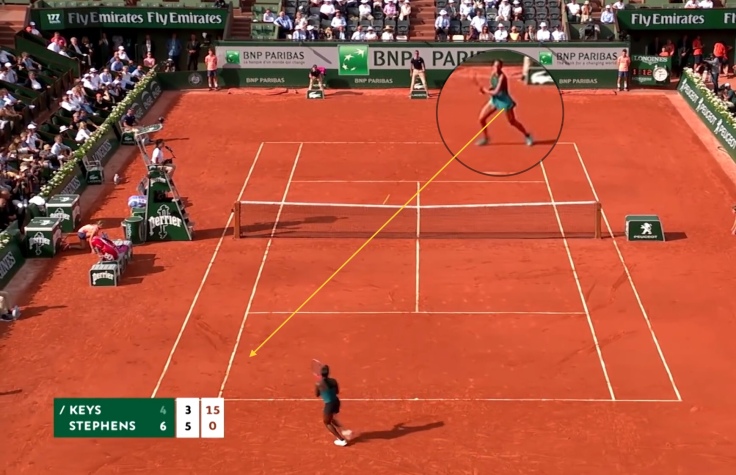 You can see she goes cross court and just watches there was no real rush to cover the court but then again she would have got better interest if she had gone down the line.

Do I think she is too nice to win a major? I don’t, I feel like her tennis can be a little safe which harms her more than any opponent she will play. I don’t know whether that is to do with the pressure situation of a Grand Slam semi-final having lost to Sloane in New York but I hope she does have a good grass court season, she can’t afford to take the foot off the pedal in matches but unfortunately will not be in Birmingham next week.