The heat rule is back again.

Temperatures in Melbourne hit 41 degrees as play on outside courts was temporarily suspended but we took a while to get there and it really shouldn’t have.

I will start off by saying I totally understand if the event is an outside event then trying to play outside is a must but common sense and safety has to be at the front.

The temperature outside continued to rise and to the surprise of myself, other fans and even staff in the stadium it was opened.

It was unbearable to sit there for more than half an hour, it continued to get hotter. Where was the common sense when they knew it wouldn’t cool down putting health of players, ball kids and fans at risk is not worth it.

Temperatures were reading 40 degreees and after 35 mins of opening the roof they announced it would be shut.

It should never have been opened.

Apparently once the heat stress scale hits 5 then the referee can decide what to do. The big questions are;

How is this heat stress record recorded?

Fan safety is a priority right?

I think the decision should not be down to science in my opinion. Tournaments should use common sense. There are people young and old in the crowd who will react differently to heat. Safety of fans, players, ball kids and staff has to be main priority!

Last year Simona Halep ended up in hospital for a day following her match with dehydration!

Someone in the doubles match fainted in the morning session!

Common sense needs to be used, thankfully it was today but that roof should never have opened! 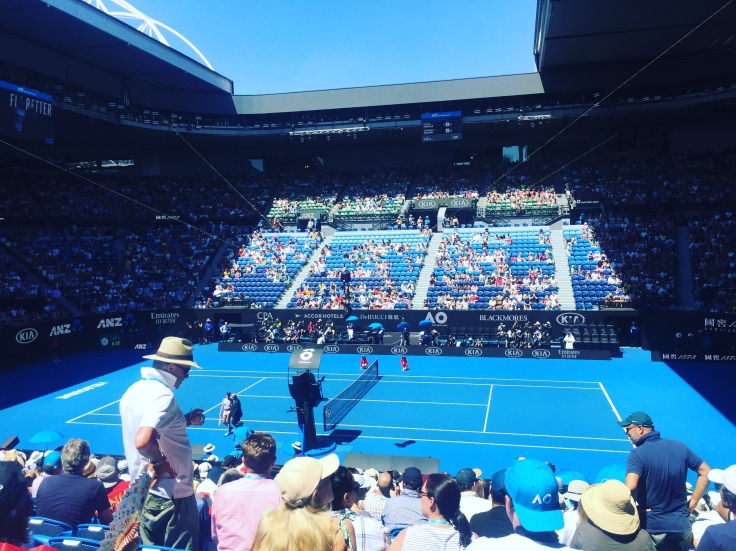