It’s a funny old sport. Were only in February but it does have the feeling for Kei Nishikori of what could have been?

Injury at the Australian Open ended his chances of competing with Novak Djokovic in the quarter finals at Melbourne Park. Now he is back and as the top seed in Rotterdam the pressure is on him to perform.

Kei got the win in his first match in Rotterdam against Pierre Hughes Herbert who is one of the top doubles player on the tour but over the last few months has really been impressive in singles and this showed again.

It isn’t usual for someone to win a match and then criticise their game but it is a big part of his game when you take away the injuries which is why maybe he hasn’t got to that next level.

His record against the ‘top 4’ is 9/42 and that is a big problem. Even if you throw his records against Wawrinka and Del Potro in his record it isn’t great.

It is bizarre, he performed amazingly against Federer in London to win and then followed it up with a quite frankly awful performance.

Let’s move on to this point;

I saw it on Twitter and when I watched it I thought what an awful point by Nishikori and this highlights a big floor in his game which is his inability and if anything lack of trust coming to the net.

Respect to Herbert of course for playing a stunning point but Nishikori should have killed it off and had multiple chances to do so.

I spoke earlier on in the year about Nishikori challenging at the top and this is the big issue in his on-court game. His record against the top 4 isn’t good and I’m not saying adding and improving his net play would make it completely different but it would make him tougher to play against.

Nishikori has Gulbis later today who got through as lucky loser and that will be an interesting match up. 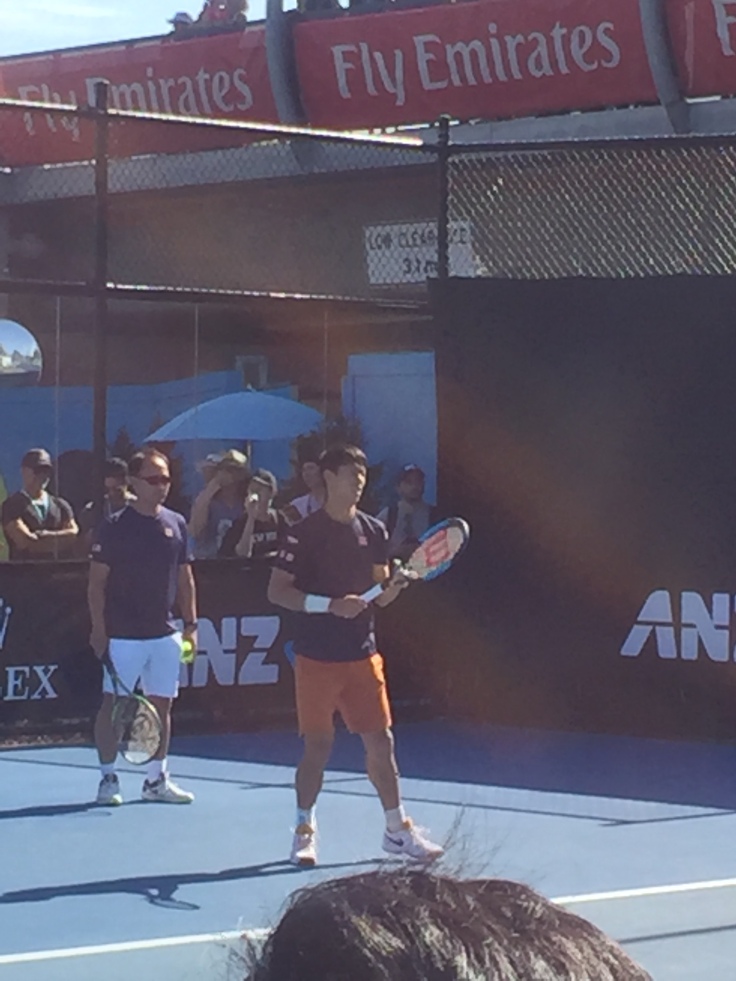