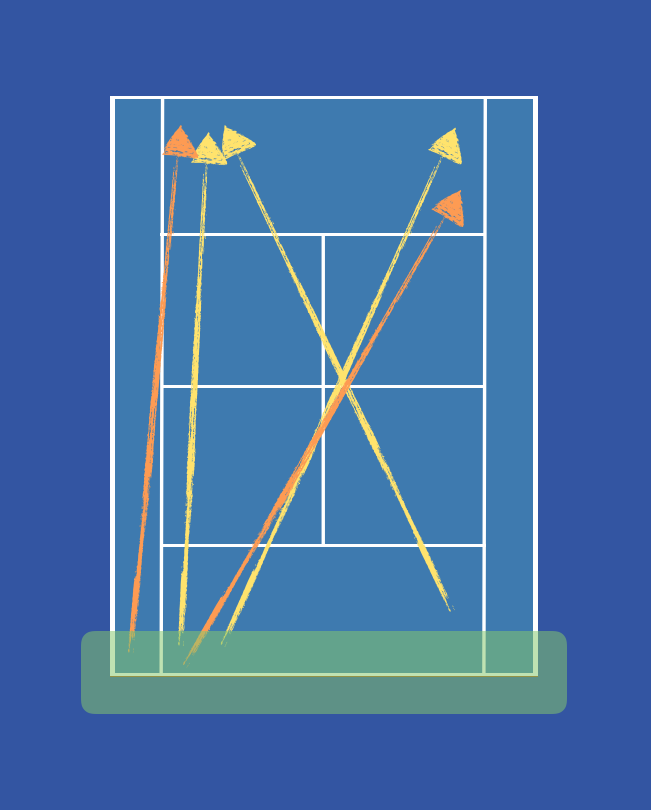 Sascha Zverev is set for his biggest challenge yet.

Almost twelve months ago he made the second week of a major for the first time, not long after then he hired Ivan Lendl before the US Open but left New York in the third round but finished his season with four top ten wins in a row as he won the World Tour Finals in London.

2019 was meant to be the year of kicking on but it has been anything but for the German number one.

Zverev ranked at three (career high) in the world now faces a big battle to keep this ranking over the coming weeks and could fall to number seven with over 1800 points to defend in the next three tournaments which includes his title defence in Madrid.

So far this year has has a win/loss record of 12/6 and the defeat to Fabio Fognini has raised questions. Following his win against Felix Auger-Aliassime in the first round he said;

In press he did say he has been ill/injured a bit this year but then you question the point of if you’re aren’t fit then surely you don’t play?

To go from saying you feel good to then pulling out that performance against Fognini suggests there is a bigger problem.

His game has completely regressed over the course of the season.

He’s playing further back to where he was in London and the question is why? The further back he plays as well the less depth and less effective he is being.

This is where Sascha was playing his tennis in London;

It shows the box where he was moving and this allowed him to put his backhand (orange) into play as well as the forehand (yellow). The closer he plays to the baseline or further in the better chance he has of winning rallies.

Now you look at where we are now;

Once again, the orange shows the backhand and the yellow shows the forehand but I’ve highlighted in blue at the top a gap on the court. He isn’t hurting anyone with his tennis, the ball is dropping short time and time again and he isn’t being effective.

This all comes with his court position.

You can also see from the image that he has stepped back and against Fognini this was too easy.

There is nothing wrong with being in a more defensive position on a clay court as the slower speed of the surface allows for more time but you’re ground strokes have to stand up otherwise it’s one way traffic and that has been the theme on clay but also this season on the hard courts.

I don’t know why this position has been adopted, I’m sure it is something Sascha and Lendl haven’t looked to bring in but his inability at the moment to play comfortably on the baseline mixed with a lack of confidence doesn’t help proceedings either.

This is a big few weeks for Sascha now;

I believe a week in Munich could do him some good, there are lesser ranked players there and it should give him an opportunity to really step in and look to find his game again.