Injuries and poor form scarpered the preparations for Roland Garros for the Ukrainian number one Elina Svitolina who many would have considered a contender here and the draw gods were not kind to her having not won since mid-March and drawing Venus Williams in round one.

The standard of tennis Eli set in the match against Venus was really good and to have come into here without a win on clay really has set a high standard.

Obviously with any return there is a bit of rustiness and there were a couple of games where some shots just lacked a little bite and match practice but overall I was really impressed with her shot making and attitude as she hit winner after winner and bounced off that momentum she created.

Her baseline when it is on top is extremely difficult to defend against and this was the case in her opening 6-3 6-3 win against Venus Williams. 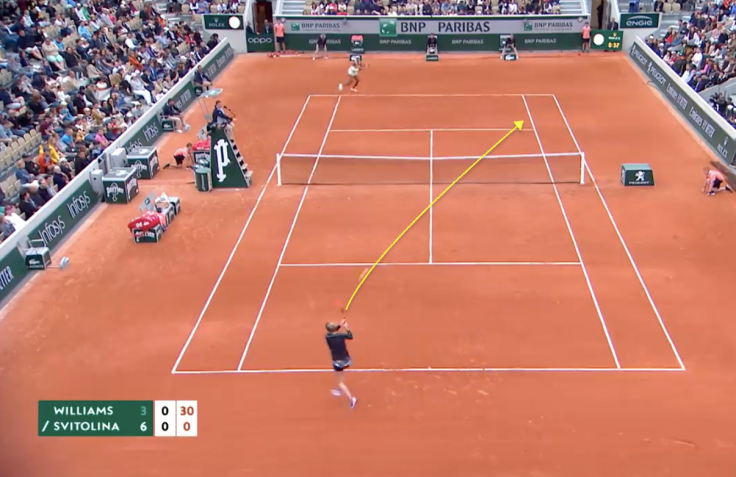 One of my favourite shots of hers is the backhand especially down the line and the unorthodox but brutal technique but we didn’t see much of the down the line against Venus.

This one was a smart move, down 0-30 and went big on the one, two with the heavy serve out-wide and the swinging backhand winner cross court.

The shot of hers which really stood out as the off-forehand.

With the off-forehand she can just end a rally out of no-where. You can see in her body position when she hits the ball her feet are off the ground and her body moves in rotation with the ball as she executes the forehand winner down the line.

Next up for Elina is fellow countrywoman Kozlova and if she gets through that test either a round three meeting with Garbine Muguruza or Johanna Larsson and on paper even without a run of results coming into here you’d have to say she is favourite and could be one to keep an eye on as the tournament progresses.