I suppose opening rounds don’t get tougher than this. Novak will be looking at this one and the first thing that will be on his mind will be the defeat to Kohlschreiber at Indian Wells 6-4 6-4 earlier on this year. The good news for Novak is that since then they have met twice with Novak coming through on both occassions.

They did meet at this stage of Wimbledon four years ago with Novak going through in straight sets and I expect Philip to really give him problems but over five sets I only see one winner.

I mean, come on! Wow…. What a match up we have! What makes it even greater is that Yulia defeated Naomi on the grass the other week in Birmingham so it makes it very interesting.

Yulia won’t get phased by anything at all. She goes out there and wants to play. She can get agitated but I like that side of her personality and the way she pumps up her game.

Naomi isn’t experienced on grass, she didn’t really do the junior circuit at all so is still finding her feet on it. An upset here? Honestly why not?

Interesting match-up this is. I like Hubert. I saw him at Indian Wells and Miami and he has that strong baseline game on the hard courts to cause problems as we saw him do.

He’s been in Eastbourne this last week and I have been quite impressed with how he moves up the court. His decision making can be a little on the unusual side but I think this could be a marathon.

Dusan is a strong baseline player but grass has never been his thing to be honest. He played against the returning Querrey in Eastbourne and was blown off court and only has one win in four years at Wimbledon.

I’m not going to repeat myself too much, just have a read of my preview here;

Corentin is one of the highly tipped youngsters to go far in the game. He has recently jumped to No.85 in the world but had to come through Wimbledon qualifying which he did pretty unscathed.

Coming through qualifying gives you momentum which is what Moutet will have coming into the first round of Wimbledon for the first time.

Dimitrov since his inspired fight at Roland Garros hasn’t done anything since. He came to Queens where he is a former champion and didn’t show much in his 4-6 4-6 defeat to Felix. He then opted to go to The Boodles which I thought was odd winning a match against Krajinovic when a trip to Eastbourne would have been more beneficial to him.

Upset here? I can’t see it but Grigor is so good on the grass I’d expect him to get through this one.

I’m a big fan of Simona Halep but at the same time I can’t see her winning here without a nice early path through the first couple of rounds.

Sasnovich will bring trouble for the former world number one. What does help Simona is that Sasnovich is on a five match losing streak. A good test for Simona Halep in how she goes about getting ahead early on in the match and finding that confidence to kick off her tournament.

Sam Querrey is just back from injury but that hasn’t stopped him going on a good run in Eastbourne this last week.

Dominic Thiem will find himself under big pressure here. Despite Sam being out since early April he has looked sharp. How match ready will he be in a five set situation?

Dominic Thiem has never really settled on the grass of yet and will have to bring some big tennis on route to the second round.

Another great match-up on the women’s opening round draw.

I saw both players live in Birmingham. To actually see Hsieh was probably one of my highlights of the tournament as we watch her on TV and she brings that brilliance to the court but live was fun and special.

Jelena really impressed me to in Birmingham. She really didn’t waste time and was a big hitter on the baseline. She of course won Roland Garros a few years back but has slipped under the radar despite good results she is a former semi-finalist at Wimbledon and this will be a fascinating match-up.

This will be entertaining but I do hope Jo wins.

I’m not too sure why Bernard is here. A while ago he said he was bored so probably just for the pay cheque?

I like Jo’s game. He has always been a crowd pleaser at SW19 and he’s really pulled everything together well since coming back onto the tour after his injury issues and becoming a father.

This is the last thing Elina needs.

She returned from injury to defeat Venus in Paris and I thought played a cracking match and since then it hasn’t happened again for her.

She does look low on confidence and we all know of the off-court life troubles with Monfils going on. Are they on or off? It’s becoming a distraction from her tennis in my opinion. Nothing wrong with players having a life together but the tennis needs to do some talking.

If I were in a rut I wouldn’t want to play Gavrilova. She speeds things up and won’t go away (in a good way) I can see an upset on this one.

It has been a tough year for Lucas Pouille. It started so well and has gone off course and it’s been sad to watch because you can see the hurt on his face.

The good news is he has had some good wins and performances on the grass courts these last couple of weeks so that is a big plus for him now he needs to bring it together at Wimbledon.

Up against fellow Frenchman Richard Gasquet is just rough. Richard has gone far here before and has that stubborn game which is tough to break down. If he is allowed time then Lucas could find himself in trouble. Really interesting early match-up and if Lucas has that confidence at the beginning I hope he can get the win here.

Donna always does well on the British soil and was runner-up in Nottingham despite the rain problems.

Alison Riske does always pose a threat on grass but slips under the radar a little bit. She won in Rosmalen against Bertens from 0-6 down in the final but fell in the first round of Mallorca but will be fresh for Wimbledon. 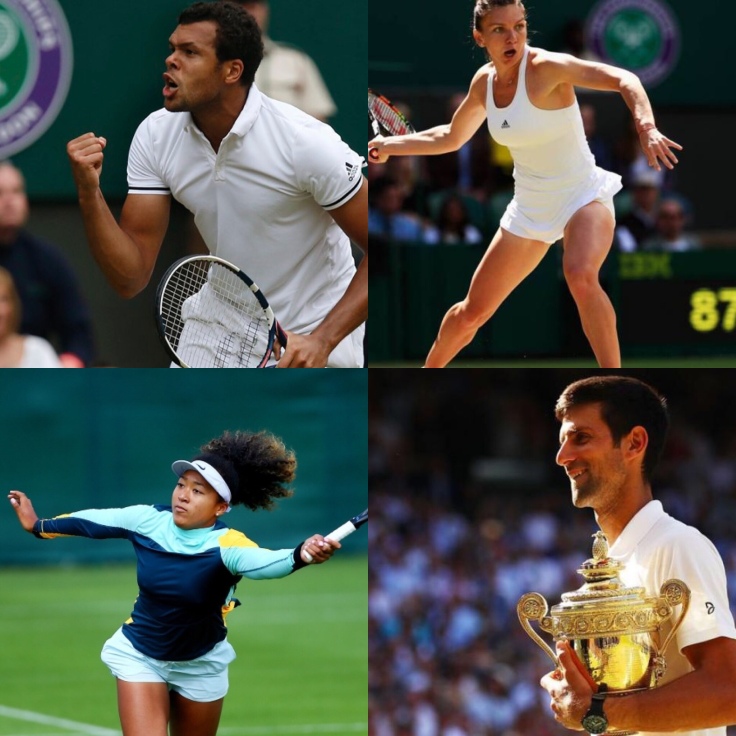