As opening round matches go you not have asked for a tighter set.

Some had finished their match by the time that Heather Watson and her American opponent Caty McNally had concluded the first set.

It was a nervy, cagey affair from both players for the entirety of the opening set.

In the first game of the match Heather hit three doubles faults and you could feel the nerves.

Making her Grand Slam debut on the other side of the net was 17 year old Caty McNally who also had the nerves as expected.

Holds of serve were few and far between during the first set with just a couple each but McNally was in a position twice in the opening set to serve for it but the British wildcard fought back before taking the opening set 7-3 on the tie-break.

Heather did seem to relax a little bit more quickly finding herself a double break up at 4-1 in the second set and a few holds of serve later we were at our conclusion.

A good 7-6 6-2 win for Heather Watson on her 10th consecutive appearance at Wimbledon following a season of 12 wins out of 27 matches coming into Wimbledon this year but hopefully a chance to build some momentum. 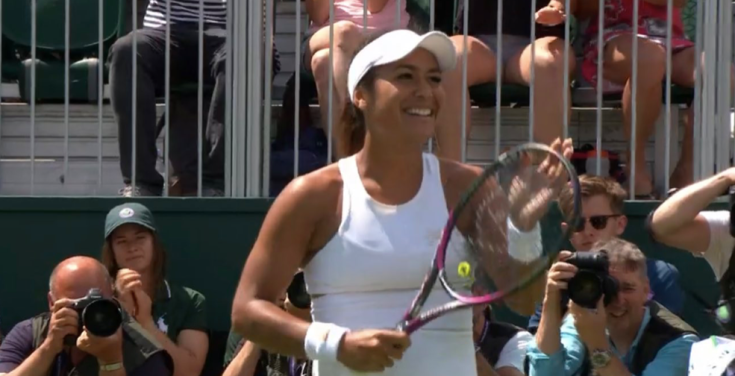