Mike Bryan has been playing professional tennis since 1998. He will go down as one of the best doubles players of all time alongside his twin Mike Bryan but his US Open this year will be remembered for one gesture…

Mike did this gun gesture towards the line judge after Hawkeye overruled a call. Mariana Alves in the chair quickly gave the American a code violation for unsportsmanlike behaviour and has since been fined $10,000.

Mike has spoken since and in a statement said;

“I apologise for any offence I may have caused. We won the point and the gesture was meant to be playful. But given the recent news and political climate I understand how my gesture could be viewed as insensitive. I promise that I will never do anything like this again.”

America has a gun problem. All of the lives that have been tragically lost over the years is something I couldn’t bare to imagine happening to someone I know and love.

His gesture was insensitive and did cause offence. I don’t like the use of the word ‘may’ and ‘could’ because this issue is well known and has affected soo many in America and is felt all over the world.

Should it have been more?

Yeah it should have been. Sportsmen and women have an example to set in the public and this gesture which is related to a big problem should be shut down as zero tolerance.

Nick Kyrgios was recently fined $20,000 for swearing during a match. Serena Williams was fined $10,000 for damaging a Wimbledon practice court at Aorangi Park.

I do think it should have been $30,000 plus. Has it been taken seriously? Has it been brushed under the carpet?

A few have said imagine if Nick Kyrgios had done that… it would be all over the worlds media and I imagine the fine would be greater.

Juan Martin Del Potro did a similar gesture to Mohamed Lahyani back in 2016 at Stockholm;

Del Potro… didn’t get a fine. 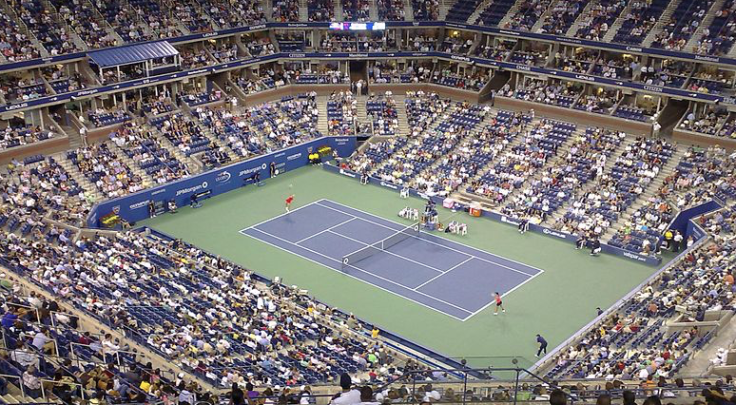