The question doesn’t change but the year does.

Will we finally get a new male Grand Slam champion in 2020?

Dominic Thiem was triumphant at Indian Wells, Daniil Medvedev had a exceptional run in America as well as both fighting in a Grand Slam final and Stefanos Tsitsipas ended the year with the World Tour Finals trophy in his bag but now to go a step further, who will?

No one has come closer than Dominic Thiem.

Second year running he was runner-up at Roland Garros at an event that feels like a matter of time before he wins it and I think he will in 2020.

Titles in Beijing, Vienna, Kitzbuhel and Barcelona topped off a very good year for Thiem who as I looked at not long ago has found some success in a top-spin reduction.

I am fascinated to see how he brings that into 2020 and on the clay in particular. The only issue can be the inconsistency for Thiem at big events having backed up his runner-up medal in Paris with round one exits at both Wimbledon and the US Open.

His game has it all.

There was a blip in his season but he is only 21 years old and has achieved soo much.

The way he played in London was manificent, include the way he battled in Melbourne and Madrid this guy has some serious game and mental strength.

I think it is a matter of time before he takes his game to the next level. I will be pleasantly surprised but pleased if he did it in 2020 as I wouldn’t say we have seen a period of domination and consistency yet.

Not his best season but out of the four he is the most experienced on tour but is yet to make a Grand Slam semi-final.

We saw glimpses as the season came to a close of his game improving following a season of off court problems.

One issue he has found is his serve and it caused a couple of issues in London. His aces may have been up this year but so was his double faults.

Zverev I am still unsure about, he plays well on confidence and does struggle to sometimes pull a win out where you’d expect him too.

Before London I would have said ‘watch out’, in fact I did.

London in a way brought us back down to earth with the inform Russian being out-played in his three matches on debut at the O2.

We saw such an incredible summer from the Russian which saw him win his first and second Masters 1000 titles as well as runner up at the US Open.

Out of the four I would have to chose Dominic Thiem. I think he is well suited and I think he will be favourite for Roland Garros but I’m interested to see how his early season form and his clay build up pans out. 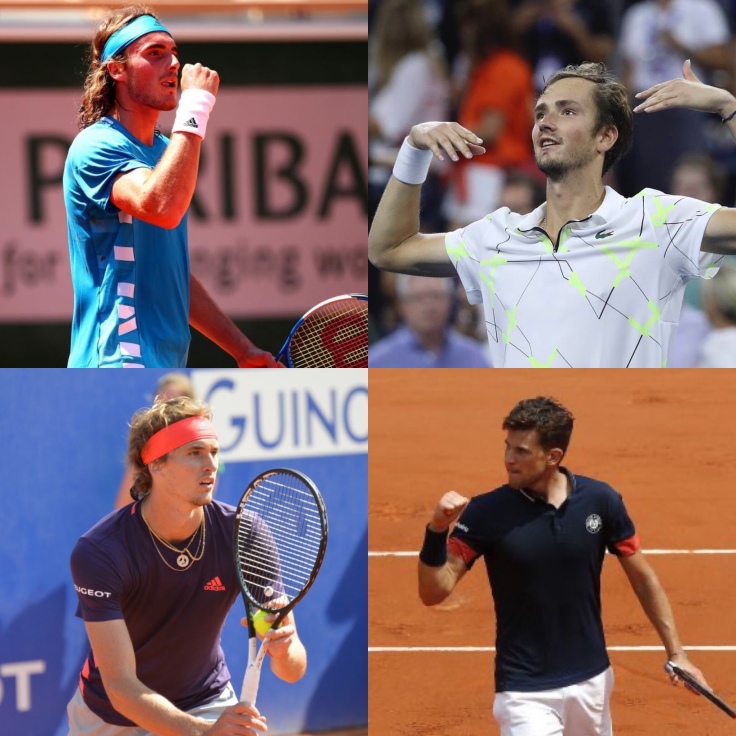