There is just something about Australia that brings out the best in Novak Djokovic, especially Melbourne.

The 16 time major champion will be on his way like the rest of the field to Melbourne Park in a weeks time as he looks to win his quite incredible 8th Australian Open title.

He stands alone in male tennis history with seven titles to his name but he has looked ‘in the groove’ so far this season.

Novak has been with Team Serbia in ATP Cup to begin the season and I’ve liked what I have seen.

He began the week with a tough win against Kevin Anderson followed by an easier dispatch of Gael Monfils and then Christian Garin. The first set he dropped was to Denis Shapovalov but his run of never losing to a Canadian player continues as he came back to win in three.

He didn’t blow Anderson and Shapovalov away but I don’t really see that being an issue, if anything at this early stage in the season to come through some tough early battles having had 6-8 weeks off is a good sign.

It’s fair to say after winning Wimbledon there was a bit of a drop off which even from the best you’d expect. The way he went about winning that final, the match points saved and the battle with the crowd was simply outstanding.

There was a bit of a shoulder/arm/elbow injury towards the end of the season which affected him in New York and he never seemed to find his ruthless streak again last season.

During his doubles match against France in ATP Cup he did at one point receive some treatment on the elbow which could be something to keep an eye on but in singles has looked untroubled.

Next up, Djokovic is due to head to the new event in Adelaide the week before the Australian Open begins. It does seem like a bizarre decision as it would be the first time in 2007 that Novak Djokovic has played an event in the week running up to the beginning of a major.

If Serbia get to Sunday’s final in Sydney I would be surprised if he played in Adelaide. 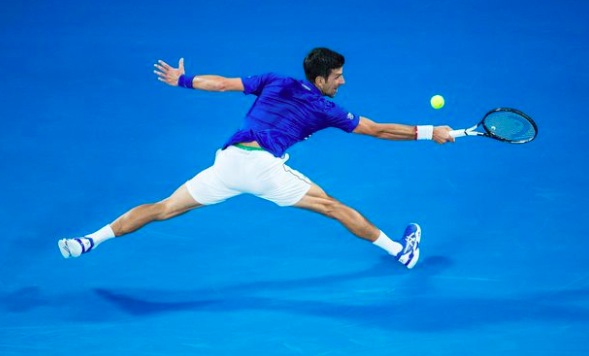