Not only has Nick showed up for his country in ATP Cup but he has used his voice to help those in crisis following the bush fires across Australia and deserves credit.

Nick himself has said it isn’t about him and this is the side to Nick that doesn’t get spoken about enough. People make him out to be the bad boy of tennis but his heart is in the right place.

Away from this, Nick has his own foundation set up which is there to be a place young people can go and do what they love to do. On the website it says;

He is making a difference.

Before the tennis season begun he put it out there on social media about tennis helping with the bush fire relief and the sport has collectively come together since to raise funds for the Australian Red Cross supporting those affected by the bush fires.

Whether it is donating money per aces, double faults or just a donation it has reached a wide community in the sport, other sports and has even got the Australian Open setting up a Relief for Bush Fires event at Melbourne Park prior to the first major of the year.

Just a couple of days into the event we saw how much it meant to Nick what was happening locally in his home town of Canberra with the fires near by and the emotion he showed in interview means more than tennis.

He said the other day it wouldn’t have mattered if he had lost because he’s raised funds for the those affected by the fires and I have pure admiration for the guy using his platform to make a difference!

I’ve loved watching Nick, Alex and Australia in ATP Cup. I’ve always liked the two players and I stayed up to watch GBR v AUS on Wednesday night with the hope in a way that Australia would come through it as they’ve given this event soo much.

The imagination from Nick on a tennis court makes it impossible to even contemplate not watching him play. His craft and the way he waltz’ around the court is majestic.

Nick delivered and I’m excited to see what the season brings for him! 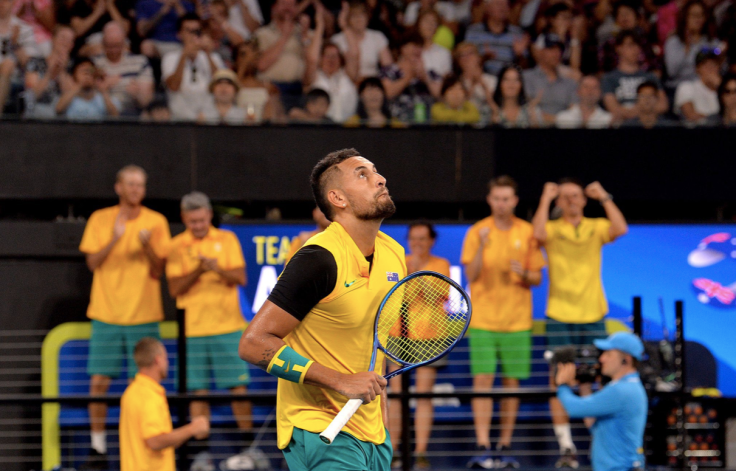