Even at 10pm in Melbourne play was still underway on 15 courts down at Melbourne Park.

Much needed rain in southern Australia pushed back proceeding on Day 1 leaving organisers hoping to see out 96 matches on Day 2. This however was not the case with many round one matches being postponed until Wednesday leaving some unsure of their second round hopes where as some will be in round three.

However despite not all of the opening round being completed there were some stories out of Day 2.

Popyrin through as Tsonga retires

Quite sad scenes out on Melbourne Arena.

Alexei Popyrin impressed during his match against Jo-Wilfried Tsonga who he described as his idol and remembers jumping with joy when the Frenchman made the final in 2008.

Unfortunately during their match down 7-6 2-6 1-6 the former finalist was forced to retire from the match and Alexei’s words whilst being interviewed on court were absolutely lovely talking about his admiration for Tsonga who we all hope will be better soon!

“He was my favourite player as a kid.”

– @AlexeiPopyrin99 sad to get the W over his childhood idol by default. 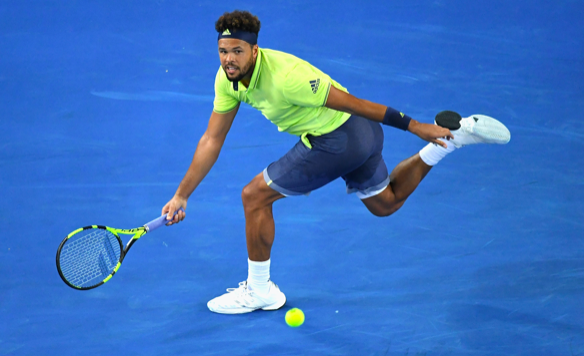 Fabio Fognini down two sets and 0-1 before the rain came on Monday knew he was up against it on Tuesday against the big hitting American Reilly Opelka.

Reilly was rattled and just didn’t settle back into the match where as Fabio turned up as a new person and joined a club.

He has become the latest player to win a match from two sets down at all of the four majors.

fabio #fognini is the 9th player in the open era history to win a #slam match from 2 sets down (no wins by retirement) – low quality pic but i’m on mobile #AusOpen pic.twitter.com/JbNoGHfjF3

No Andreescu and Felix and Denis have gone home in round one too.

Felix Auger-Aliassime lost to former top 20 opponent Ernest Gulbis in four sets as he crashed out of the Australian Open as did fellow Canadian Denis Shapovalov on Day 1.

Ernest came through qualifying and continues to show in glimpses how good he can be with his fantastic ability on the court.

Simona Halep and Donna Vekic were winners on day two battling past two tough opening round opponents which you can read more on below.

How good? Very good! Simona Halep powers through to round two !

Vekic 6-3 6-4 Sharapova; Russian dumped out despite 4-1 lead in the second set

Sascha Zverev orchestrated his way through to the second round in Melbourne and after his match announced on court he is going to do something very special.

As Melbourne is a home to players for one month of the year he has decided to donate $10,000 for every match he wins and if he wins the tournament will donate all of his prize money!