A set of tennis against Novak Djokovic on a court he has never lost on in a Grand Slam semi-final or final is a difficult quest and one which is still unsolved.

Dominic Thiem is now a three time runner-up in a Grand Slam following his five set defeat to Novak Djokovic but there has been significant process.

Back to back semi-finals followed by back to back final appearances in the French capital for Dominic Thiem who is itching to go one step closer.

As I write this in early February the second major of the year down at Roland Garros is a long way away but the same point stands now as it would in a few months time.

Novak Djokovic and Rafael Nadal will want to avoid Dominic Thiem at all costs.

Thiem has beaten Novak Djokovic twice at Roland Garros including in five sets last year and has beaten Rafael Nadal in four consecutive years on a clay court:

Three straight sets wins is impressive but he has never until the Australian Open this year beaten Nadal at a Grand Slam.

Winning a Grand Slam match on hard to clay is a different kettle of fish. Thiem has Djokovic where he wants him on clay as we have seen in Paris but Djokovic on a hard court is a different animal as is Rafa on a clay court.

Outside the top two I wouldn’t really use the word favourite this early for a major in a couple of months time but the way Dominic has orchestrated through his draws at Roland Garros the last four years winning 22 of his last 26 matches has him as favourite.

I think his game is in as strong a place as it has ever been. I do think his backhand down the line and a lack is a problem at times on a hard court on clay he seems to trust the process more.

There is soo much tennis to be played over the coming months so there are a lot of variables and match-ups to keep an eye on but for me he is favourite.

If you could guarantee Novak and Rafa would have Dominic Thiem in the opposite half right now I am sure they would take it.

There is a quest for history underway. Dominic Thiem is leader of the pack looking to loosen the grip the top three have on Grand Slam titles.

However, there is a chase at the top too. Roger Federer is on 20, Rafael Nadal on 19 and Novak Djokovic is on 17 Grand Slam titles.

Dominic Thiem installs fear, he has a good record against Djokovic, Nadal and Federer and these wins on the big stages will be a catalyst for him going forward. 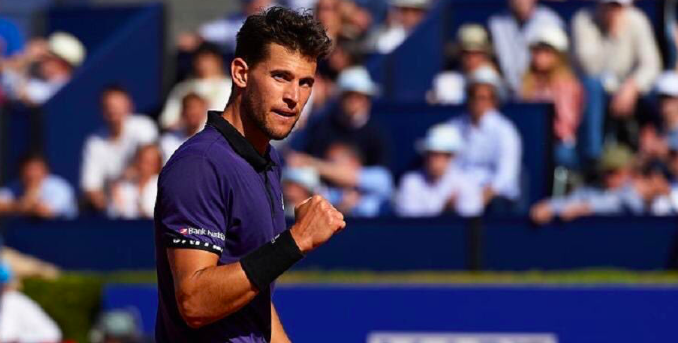