A place in the inaugural Fed Cup Finals is at stake this weekend.

Across three continents eight ties will be played as 16 teams battle for the remaining 8 spots in Hungary.

6 of the top 10 are set to represent their country this week in some intriguing ties which also will go towards eligibility to Olympic Games for those who didn’t play a Fed Cup match last year.

What a team Kathy Rinaldi has put out for the USA. It will be a tough battle, Anastasia Sevastova Sevastova and Jelena Ostapenko have that fight to pull results off so we will have to wait and see.

Serena Williams is back in for the USA. Sofia Kenin who just won the Australian Open is also in as is mixed doubles runner-up Bethanie Mattek-Sands.

Alison Riske who has found great consistency to break the top 20 is in and go is 15 year old Coco Gauff!

Tough one to predict.

All pressure will be on Kiki Bertens as the highest ranked player in the tie to deliver for her home country. Arantxa Rus is the next highest ranked singles player at 93. They do have a doubles specialist in their team in Demi Schuurs but so does Belarus.

Aryna Sabalenka who is number 5 in doubles and number 12 in singles is their leading player. Sasnovich is also in the team as is Azarenka playing her first tennis of 2020.

Hosts are up against it.

Russia have brought out their top four women to play. Ekaterina Alexandrova, Anastasia Pavlyuchenkova, Veronica Kudermetova & Svetlana Kuznetsova and Anna Kalinskaya will represent the away team but home team are short on options.

There is no: Simona Halep, Michaela Buzarnescu or Monica Niculescu. Ana Bogdan is the only player in the singles top 100 at 98 in the team but they do also have some doubles expertise in Raluca Olaru.

Another two teams without their number one players.

Beatriz Haddad Maia is missing for Brazil as Gabriela Ce ranked at 234 leads the hosts as top ranked singles player but they do have doubles ranked 66 Luisa Stefani in their side.

Top two for Germany in the WTA rankings Angie Kerber and Julia Georges are missing for the tie so Laura Siegemund takes the mantle with Tatjana Maria as top two Germans for the away side who despite not having their top two should come through this.

No Garbine Muguruza but Carla Suarez Navarro in her final year on tour leads her team at home as they bid for a place in the Fed Cup Finals.

Standing in their way is a Japan side with some good players in Misaki Doi, Kurumi Nara and former number one Naomi Osaka.

Tough one to predict and I wouldn’t rule out a Spain win unless Naomi plays three ties.

Both sides are bringing out their top players for this crucial tie.

Belina Bencic will leave Switzerland and playing her first tennis of 2020 and since injury forced her to withdraw from the WTA Finals is Bianca Andreescu. Fed Cup is a big place to start your season but that’s the plan.

The experienced Time Bacsinszky is in the team for the home side as is Eugenie Bouchard for Canada.

This will be a fun tie in Belgium!

There is no Kim Clijsters but she has been training with the team this week. Elise Mertens leads the home team as top ranked player with the experience of Kirsten Flipkens too.

Having these two players for singles and doubles is a massive advantage to the home team.

Kazakhstan know how to cause an upset especially with Yulia Putintseva leading the side, expect some drama!

A trip to Slovakia will be tough for Anne Keothavong’s team.

Victoria Kuzmova has proved to be a very good player and the 21 year old is one to watch in the future. Former top 40 player Anna Karolina Schmiedlova is in the side but is down at 203 at the moment and there is also a spot for experienced Magdalena Rybarikova too.

Great Britain will have to do it without Jo Konta and Katie Boulter who are skipping Fed Cup this year by all sounds of it.

Heather Watson who had a good run in Hobart once again and leads the team. Harriet Dart, Naiktha Bains, Katie Swan and 17 year old Emma Raducanu are in the team! 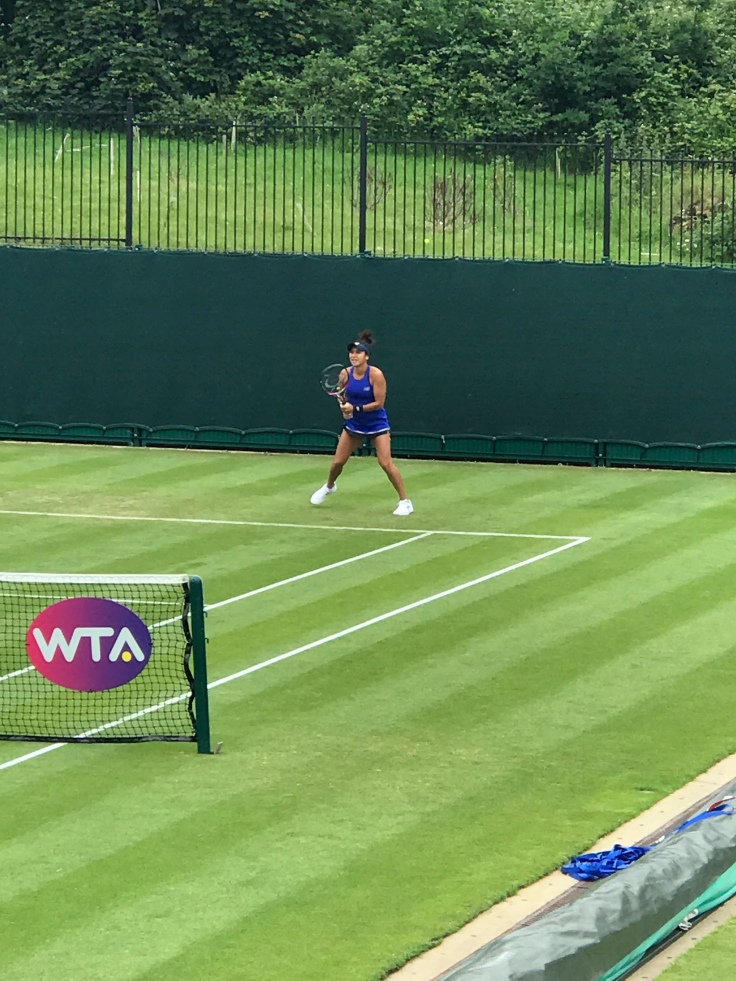