32 players will head to Dubai this next week. The best in women’s tennis will gather in the run up for Indian Wells and Miami and the draw in Dubai is pretty chaotic and brutal from the get go!

The match ups in round one are quite incredible, the only two who won’t be in action are Simona Halep & Karolina Pliskova as they receive a first round walkover. There is no Ash Barty, Madison Keys or Johanna Konta in Dubai. Ash and Madison are injured but we don’t know about Jo who withdrew very late despite being in St. Petersburg doubles.

Two very good players in very good form. Alison Riske has continued to from strength to strength on the WTA tour since her Wimbledon run last year.

The American is hovering around that top 20 position and is in a good position to be at the Olympics in the summer.

Ons is also in very good form, she made it to the quarter finals of the Australian Open where she lost to Sofia Kenin and is now at a career high of 45.

She does have the game to go much higher on the tour. I like the power she generate from the baseline, it is pretty brutal and pure hitting from the Tunisian.

It isn’t what Elina Svitolina needs.

The Ukrainian number one was the top seed in Hua-Hin and only top 14 player last week but went out early to Hibino.

Svitolina has not had an ideal start to the season losing 1-6 1-6 to Collins in Brisbane and then 1-6 2-6 to Muguruza in Melbourne so a rematch a couple of weeks later is time to put things right but her short trip to Hua-Hin hasn’t helped much.

Muguruza is playing her first match since the Australian Open final. She played a great tournament but fell short in the final, now it is about kicking on from a great two weeks and I can’t see a way Elina wins this right now. 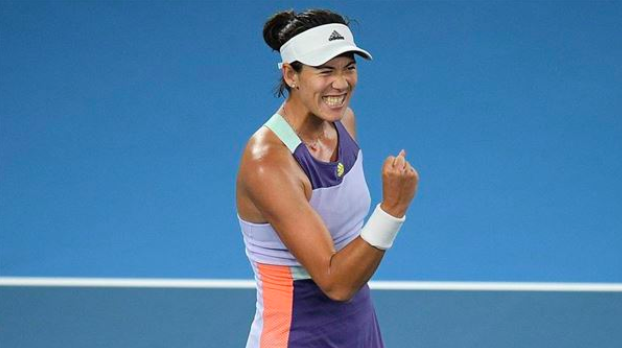 The 20 year old is without a win since her 6-0 6-0 win against Rodinova a month ago in Adelaide but has been competitive in defeats to Barty, Kuznetsova and Tomljanovic since.

Sevastova is quite unpredictable. The 29 year old is without a win this year and pulled out of St. Petersburg with an injury very late on.

Both need a win and this is a great time for both to try and find it.

Kim’s comeback is here and what a meeting it will be!

Kiki Bertens is her opponent in round one in a match where the eyes of the tennis world will be fixed on this.

Kiki is good form, she’s had some good runs but has struggled against other inform players this year losing to Osaka in Brisbane and Muguruza in Melbourne.

Kim is playing her first tournament since she lost to Laura Robson at the US Open many years ago. This is time to enjoy and to see where Kim is at and it’s a really intriguing time in tennis.

We have another incredible first round encounter on the cards. Sofia Kenin is set to play her first WTA event since her Australian Open win. The American was in action at the Fed Cup with a win and a defeat and now there will be pressure to kick on.

Winning a Grand Slam comes with that added pressure and there will be an extra focus on her matches.

Rybakina is probably the form player on the tour right now. Finalist in Shenzhen, winner in Hobart, third round in Melbourne and semi-finalist in St. Petersburg has put the 20 year old on the map.

Maria is in good form herself. She began Brisbane with a defeat to Naomi Osaka but went onto make the fourth round of the Australian Open and semi-finals in St. Petersburg.

The Greek is only 24 and it does feel like she has been on the tour for a long while and I can see her going onto do good things this year. She has become a bit of an all court player and it makes her dangerous. She defeated Bencic from a set down in St. Petersburg and looks in very good form.

Aryna Sabalenka definitely knows how to cause an upset. the Belarusian last won a match against Simona Halep a month ago winning 6-4 6-2. The 21 year old has become a bit of a force on the tour, she has improved her all round game with her doubles tennis with Elise Mertens and will be looking to kick on from her first event since the Australian Open.

One thought on “Dubai Draw Preview”