The fallout from Roland Garros’ decision to move the event without consultation is something that will go on for months until an agreed alternative is in place.

Bernard Giudicelli, the president off the FFT announced recently the event had been moved to the 21st of September and would begin a week after the US Open and run simultaneously to ten combined ATP & WTA events putting them at risk.

This decision was done without consultation of any of the other Grand Slams, ITF, ATP or the WTA. This then led to a statement from the USTA saying they are monitoring the situation and would make a decision whilst communicating with the other boards but failed to mention Roland Garros/FFT as a consultant.

WTA/ATP yet to change Calendars

Both tours are very good at updating their calendar but neither has yet made the change on their respective calendars to move to the new dates of Roland Garros.

On the ATP calendar they currently have Roland Garros down as suspended but have not moved it.

The Grand Slams are not under ATP or WTA control, the four majors have their own control and the ITF has limited say on what goes on. This move from FFT to move Roland Garros has predicted chaos as it shows they think they can do what they want.

The only request of the ATP and WTA is on their players to play the four Grand Slams and pick up points which go towards their ATP/WTA ranking..

Dirk Hordorff who is the vice-president of the German Tennis Federation has been speaking about the situation in interviews with SkySport and L’Equipe.

It is understood that the ATP have told the ITF and FFT that if this move goes ahead and the plan to play during this new scheduled time then ATP points will be made unavailable which they have the right to do, similar for the WTA if they went down this road to protect their tournaments.

“They will be deprived of the points and they will degenerate into a chaos event,”

There will be plenty of ATP/WTA/ATP Challenger and ITF tournaments at risk if Roland Garros is set to play in late September and a week after the US Open without a warm-up of events.

The WTA/ATP main events that are set to play at the same time are:

On the WTA the move will see Roland Garros clash with:

It will finish a day before the Premier Mandatory event in Beijing.

There are also three WTA events all in Asia a week before the new Roland Garros date:

On the ATP tour it will clash with:

It will finish a day before ATP 500 events in Beijing and Tokyo. There are no ATP events a week before the 20th of September.

Both ATP and WTA tours have a responsibility to work in a way that supports their events and putting this many events at risk is not good for players, staff or fans.

Wimbledon has not been officially cancelled but it is understood an announcement will be made on Wednesday.

Last week we saw the postponement of the Olympic Games and this will open up two spots on the calendar.

Wimbledon would be scheduled to begin on the 29th of June running until the 13th of July but that also seems likely too soon for Roland Garros with France in lockdown.

The other option could be week beginning 27th of July which would have been occupied by the Olympic Games but also running alongside ATP 250 events in Atlanta and Kitzbhul and on the WTA tour there were no events scheduled for that week.

This is getting pretty out of control. The decision from Bernard and the FFT to do this is outrageous and in a time people should come together he has ripped the tennis family apart. Some say it is for personal gain with another FFT presidential vote at the end of the year and using this to win him votes.. who knows!

This could have been avoided if they had waited, consulted and been a little more caring for the rest of the world.

Obviously these contingency plans aren’t set in stone or set to go ahead because we just don’t know what is going to happen month on month at the moment but it’s better than causing this chaos on top of the what the world is going through at the moment. 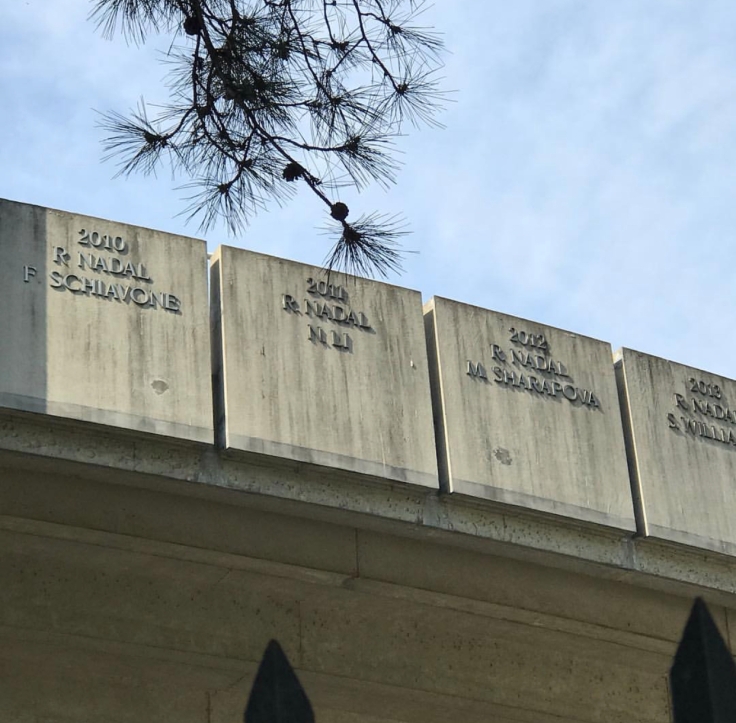