Patrick Mouratoglou,  the coach of Serena Williams and has his own academy in France where Stefanos Tsitsipas, Coco Gauff and Holger Rune trains has set up his own tennis league in an announcement on his Instagram page.

The Ultimate Tennis Showdown (UTS) is a chance for live tennis without spectators and is something that Patrick doesn’t just want to happen during this lockdown but every year.

It is set to be a new experience which will be broadcasted around the world. It has yet to be announced on what platform whether this is just a social media broadcast or televised. On-court coaching will be in place with video technology as well as a relaxed rules so players can let off steam if needed.

In his statement Patrick said:

“The UTS is simply meant to be an alternative to what already exists. It is a platform created to showcase the incredible talent, athleticism and personalities of the wide range of tennis players. It offer a new and innovative approach targeting a younger tennis audience and proposes a different way to distribute the money among the players”

In a post recently Patrick wrote an open letter for the need for players lower down the rankings who needed to be supported especially now with it very difficult for players outside the top 150 to breakeven and make a living. Patrick hopes with this new event it will help to:

“create a long-term financial solution for both top and especially lower-ranked players through this global initiative.”

“The UTS defines itself as a player-centric league and therefore features a system focusing on the redistribution of income among the players. The system could be particularly beneficial for lower ranked players”

The plan is to have 10 singles matches beginning the weekend of May 16-17 and then the same across 5 weekends with 50 matches being played.

No official figure of the prize money has been announced but Alex Popyrin who is the co-founder of the tournament and father to world no.103 Alexei Popyrin has said:

“There is no doubt that the Ultimate Tennis Showdown with thrilling single matches and millions of US dollars in prize money, has the potential to be the worlds most exciting tennis competition. Fans watching at home will feel closer than ever before to the stars of the world tennis through our engaging format.”

Right now we do know that David Goffin and Alexei Popyrin will be playing in the first weekend but we don’t know the others yet.

Obviously this has no impact on any ATP ranking but and experience for players especially younger ones which is why I wouldn’t be surprised to see players from Patrick’s Academy playing too.

The main poster image is Goffin v Popyrin which has raised the question will women be able to play this event which has yet to be answered.

In the statement they have made it clear that:

“The league will operate in full compliance with local physical distancing requirements to ensure the safety of players, coaches and a limited number of UTS staff onsite.” 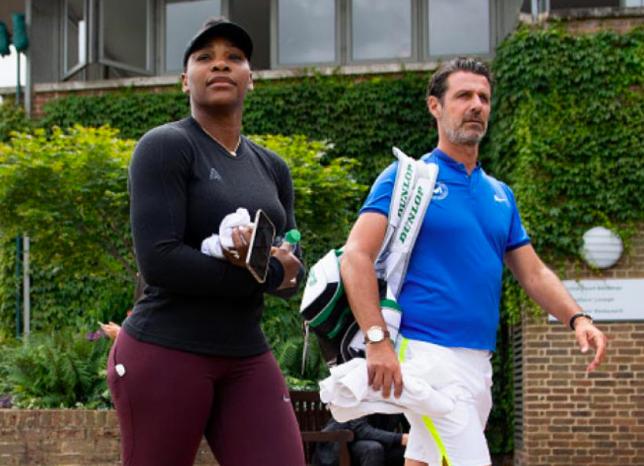