Every year is an impressive year from Serena Williams on the WTA tour, even those where she has been limited to a number of events she impresses!

One year however was like no other and that was in 2013.

It was a truly magnificent year!

When you say the words Serena Williams’ 2013 season you might remember the defeat to Sloane Stephens in Melbourne and Sabine Lisicki at Wimbledon but that’s how great she is that she is just expected to win but you shouldn’t forget the wins.

Serena won in Brisbane before losing early to Sloane Stephens in Melbourne in a dramatic quarter final and following that lost the Qatar final to Vika.

Serena withdrew quite late from Dubai but when she returned a month later after injury in Miami not many expected a period of dominance to come for Serena.

The American went on a record 34 match winning streak which included titles in Miami, Charleston, Madrid, Rome and Roland Garros before losing to eventual finalist Sabine Lisicki at Wimbledon. During this time of 34 wins on the bounce Serena won 66 out of the 70 sets of tennis she won!

How did Serena respond to this shock?

Serena opted to head to Bastad to play on the clay in Sweden and went on a 14 match winning streak winning the title there and in Toronto before slipping up again against Azarenka in Cincinnati final this time.

Serena went onto finish her season with three more titles and end on a 17 match winning streak.

The US Open was a chance to put things right defeating Sloane Stephens in round four and fighting through a tough battle with Victoria Azarenka in the final.

Serena won in Beijing following her second major title of the year and finished her season in Istanbul winning the WTA Finals as unbeaten champion!

It was an incredible year and I don’t think it will ever be topped on the WTA Tour, to go on a winning streak like that in this era is something special and to have won 21 of 23 matches against top 10 players in a calendar year is simply remarkable! 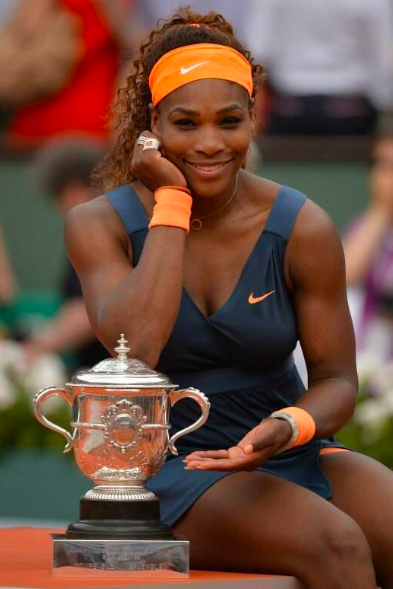